Parenting: Finding the line between self-expression and lawlessness 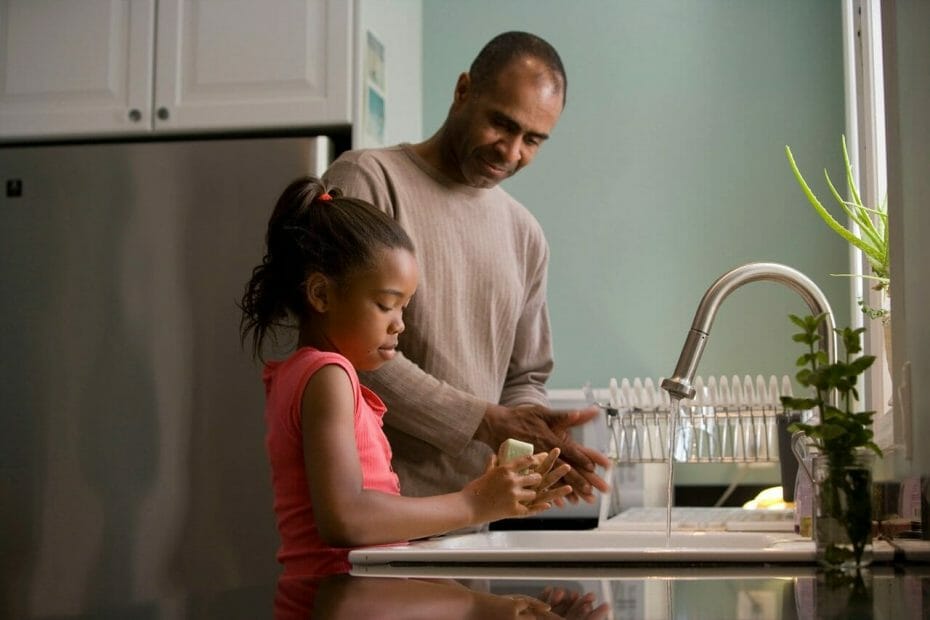 Parenting is one job with the highest stakes in the world – the life of someone you love dearly. If you get it wrong, a lot of things go downhill but get it right, and you will be smiling into your grey years.

In contemporary times, the need to be a cool parent has become pressing, more than ever before. No parent wants to be the one odd one out or still using the ‘archaic’ methods that our parents used on us. God forbids! Therefore, you find increasing levels of laxity in the parent-child relationship and being the kind of person, I am, it led me to questions.

Let me relate a particular story that will put this in perspective for us. I came across a Twitter rant a while ago. Apparently, a father was livid that his son had been bullied because the 5-year-old wore black nail polish to school. The father called it ‘toxic masculinity’ and was upset that society was placing undue pressure on young boys to be all macho and less ‘feminine’ even when that is simply how they express themselves sometimes.

Of course, I understood why the father was angry. I have always advocated against gender roles that impose stringent rules on our young ones, dictating to them how they ought to behave at the risk of stifling their potentials and individualities.

Beyond this, however, I wondered if I would allow my little son to wear nail polish or braid his hair. For some reason, I wasn’t quite comfortable with that even though I would be one of the first to say, “Allow the child be.”

Going back to the example above, I know that the average Nigerian family would have spanked the little boy for using nail polish. I can imagine his father bellowing at him with eyes almost popping out of the sockets, “Are you a girl?”

The little child’s spirit would have been broken even before it found the room to soar. Yet as I followed that thread, I learnt something. The boy’s grandmother used to be a beautician, and they usually painted each other’s nails as a bonding exercise. Do you see that putting it in context suddenly made the habit more understandable and I dare say, adorable? Besides, who knows, the boy’s interest in colours may be a pointer to the fact that he is set to become a phenomenal painter and not a queer or homosexual as most Nigerians would fear?

That gives you something to think about, right? Yet, this does not take away the need to put certain rules in place to provide guidance. In as much as we want to move with the time, I believe that there is a form of strictness that our parents used on us that should be meted out on our children, so they don’t become a nuisance later on (although each person’s definition of a nuisance may differ). What is most important is that we remember the keyword, which is ‘balance’.

Now, this is all my opinion. When I am raising my children, I will do it based on values. I wouldn’t want my son to wear nail polish. That is not because I see anything inherently wrong with that but because I know the image it presents. This does not mean I will raise them to be dependent on people’s validation. It is about my values.

Related article: How to monitor and ensure your kid’s safety on the Internet

I would balance it out by teaching them to respect others. The fact that other people are not like them should not mean they should treat others with contempt. They say respect is reciprocal and above all else, that is what I will teach them – they need to respect all people, irrespective of values, beliefs or attitudes.

Perhaps in the long run, when they are grown, they will choose of their own accord to braid their hair, wear nail polish or go against some of the values I inculcated in them. That would be fine because as adults, they are allowed to make their own decisions. That aspect of my job as a parent would have ended by then and I would be sure that they would never resent me for never allowing them to do certain things because I did not teach them to hate such, I only guided them to abstain till they were older to understand and choose for themselves.

When it comes to finding the balance between self-expression and lawlessness, I will allow my children to pursue their passions to their hearts’ content, but I will not let them run amok. I can’t allow my desire to be a cool parent make me lax on issues I should be strict on. My parents were pretty conservative about some matters, and I do not hate them for that. I appreciate it now but also know there are better ways of communicating the strictness to children.

I think the reason we care so much about being a cool parent or modern or liberal is that somewhere in our heads, we believe our children are meant to like us all the time, but that can’t happen. There are things that you will have to deprive your child of so that he or she can be better in the future. For example, when you stop your kid from having too much candy to avoid a toothache, the child will most likely resent you. You are a parent for a reason; you know better than the child and children are blank slates that you are meant to impact upon. They depend on you for direction, to a large extent so you can’t completely leave them to their whims.

There really isn’t a hard and fast rule to determine matters such as this but using my values as a compass, I will guide them, and with respect for all people as a tool, I will ensure that they will never look on their childhood and feel deprived. These are my two cents, or I should say, ‘two kobos’ on this matter.

What do you think?

You may also like to read these helpful tips for raising a self-confident child.