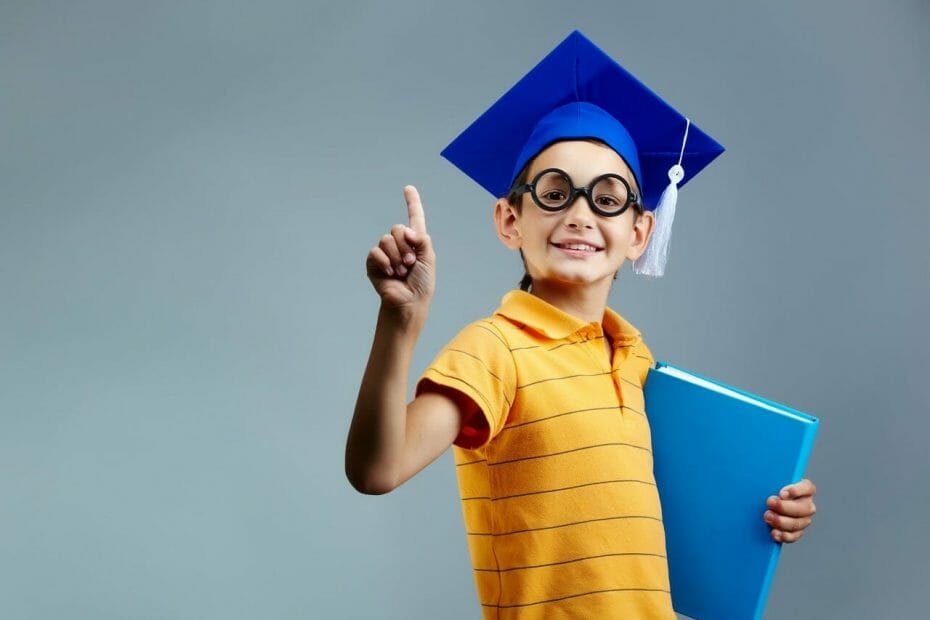 What makes a child gifted? Is it their high level of intelligence or is it their number of talents? Well, the National Association for Gifted Children defines gifted students as students that perform or have the capability to perform at higher levels compared to others of the same age, experience, and environment in one or more domains. On average, gifted students tend to display an IQ of 130 and above but this does not mean that giftedness is only academic. Gifted students can show a focused ability or a broader one. They can show high abilities in music, high creativity, and even excellent leadership qualities when compared to their peers. Many gifted students face difficulties in normal schools because it does not necessarily cater to their needs and so students might have low performance even though they might be gifted and so it is important to realize this in an early stage of a kid’s development and accommodate them in a specialized school for gifted students. But is this really true? Should gifted students receive specialized treatment because of their circumstances?

One of the reasons why gifted children receive so much attention is because of their potential. Gifted individuals are the reasons behind many of our significant advances and achievements. People like Isaac Newton, Elbert Einstein, Galileo Galilei, Leonardo Da Vinci, Stephen Hawkins among many more are some of the most accomplished people in human history. Many of which have helped with advancements in different fields. Without these gifted individuals, many of our everyday common knowledge would not be so common and many of our advancements would not have been reached or at least not as fast.

So, we understand that gifted people are important but how do we approach their development? How do we teach people that deviate from our normal way of thought? Many people bring the solution of teaching these individuals with a different syllabus catered to their needs. After all, it only makes sense to create something unique for the unique.

Why gifted learning is good

To label a child as gifted definitely elevates their self-esteem especially if they are put in a special school for “gifted kids”. To know that you are smarter than all of your peers will make you feel good about yourself and having high self-esteem can do wonders for a child’s confidence. It allows you to realize your strengths and acknowledge your weaknesses.

You often hear from gifted individuals that they are not being academically challenged and the things they are learning are too easy. Attending a gifted program allows children to learn at their own academic level. They also allow each student to move at his or her own pace. It is also an added bonus for kids to compete with other kids that are of the same degree as them.

One of the things that gifted education does unlike traditional education is that it focuses more on a student’s interest. Gifted classrooms identify a student’s strengths and cater the studies to a way that can help further a student in their area of needs. This brings out the creativity in many students and because the learning is done with their interests in mind, they are more engaged in it.

So, what determines how successful you are? Although success varies depending on person to person there are generally factors that most successful people possess. Most successful people are highly educated. Intelligence can be recognized in many successful individuals. Successful people also have a large network of people surrounding them so who you know also matters. Money is also very important. Although many might disagree, money and wealth, in general, are associated with success.

There has been a long-standing debate about whether or not being gifted gives you a higher chance of being successful. This is mostly because there is research to support both sides of the argument. The Study of Mathematically Precocious Youth (SMPY), founded back in 1971 at John Hopkins University by Julian C. Stanley is now being co-supervised by Peabody College of Vanderbilt University in which scientists identified 5,000 children who were tested to be “gifted” and followed them throughout their lives in order to find out the requirements of gifted children and what determines their unique development over their lifetime. The study actually found out that most students who exhibited signs of proficiency at an early age actually don’t get the push they need. This also showed that teachers tend to focus more on the underperforming students and usually neglect those gifted students because they are assumed to not need much help due to their “gifted” status and so they don’t get challenged enough. But in fact, the opposite applies. When gifted students are challenged more and more, they exceed their limits and achieve new heights. In fact, one specific research studied a group of gifted students who studied without skipping a grade and another who did. What they found out was that the students who skipped grades and were pushed more were 60% more likely to “earn patents and doctorates and more than twice as likely to get a P.H.D in a field related to science, technology, engineering, or math.” If anything, this shows that no matter how gifted a child is or isn’t, they should always to encouraged to do more and should also always be intellectually stimulated as much as possible.

The Problem with Giftedness

Most people will prefer being gifted to being hard-working. The issue with that is gifted people are just lucky people. They never really earned their giftedness. They never asked to be gifted and they didn’t work hard for it and so as a result many gifted young people don’t really know what it feels like to work hard in order to get a good result. They can’t really say that they worked really hard for the A’s or B’s they get because it was easy in their eyes. Gifted students can be deluded in the belief that they can succeed without putting in much work. This is particularly an issue because people need to understand at an early age the importance of working hard and the joy and pleasure of achieving something you work hard for.

Failure is important to any type of development. Without failure, there is little to no growth, but when gifted students are always succeeding in what they do and eventually they get to that first failure, they wouldn’t know what to do. So that is another reason why putting gifted students in specialized schools along with other gifted peers can help them so much. Because they are competing with other people of the same intellectual ability and level, no one student will ever be too far ahead of his/her peers and so they can help each other become better and better. It is also very important to realize the important role a parent and or teacher can play in a gifted child’s life. Gifted people are also people and so they will always need guidance and the only way a gifted child can reach his/her true potential is when they are managed and instructed in the correct ways.